Written by Administrator on Saturday June 6, 2020

EnviroCollective would like to join with Coun. Hawkins in expressing the desire to, “Make Regina a first-class environmental city.”

“It was important for us to endorse this motion.” said Shanon Zachidniak, Co-Chair of EnviroCollective, who addressed city council to express support for the bag ban. “We hope to work with the City to help plan and implement the commitments made for a sustainable city.”

The plastic bag ban follows another unanimously passed motion from October 2018, calling for a 100% Renewable Regina by 2050, ending with council chambers erupting into a lengthy standing ovation.

EnviroCollective was formed in the fall of 2018. It is an outgrowth of the same environmental concern that led to council’s Renewable City Motion. While EnviroCollective has always supported the passage of that motion, we recognize that the goal of becoming 100% renewable by 2050 is far too timid. EnviroCollective hopes the unanimous passage of more recent motions like the plastic bag ban signals that Regina city council is becoming enthusiastic for bolder action on the environment.

EnviroCollective would also like to announce that it has recently formally incorporated as a non-profit dedicated to building networks and sharing resources that support environmental and climate action. We look forward to working with the citizens and government of Regina to make our city a renewable and sustainable community that our children — and their children — can be proud of. 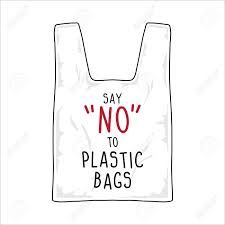